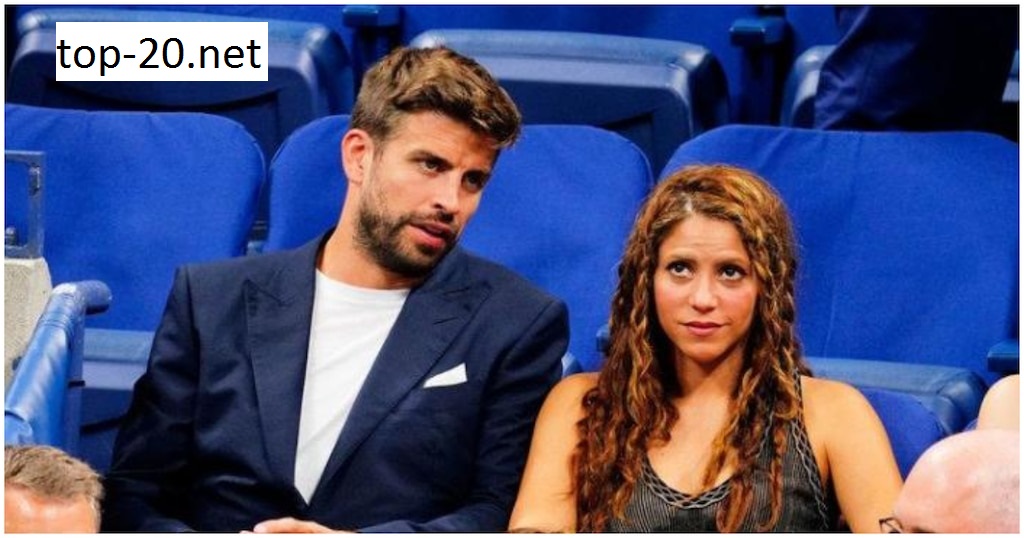 The news of the separation of the Colombian star, of Lebanese origin, Shakira, from her lover, the famous footballer and Barcelona defender Gerard Pique, continues to make headlines, especially in Spain.

After spreading rumors about the reasons for the separation, in addition to the question of betrayal, it has become clear today that the main reason for ending a relationship that lasted about 12 years and produced two children is purely material.

Habib Lucilla, Shakira's sister, Roberto Garcia, said that the reasons for the separation were material and that the couple's relationship was perfect until the last months before the economic crisis between them.

And the Spanish newspaper "Marca" quoted the sister of Shakira Habib for 8 years, that the Barcelona star asked the mother of his two children a sum of money to invest in a commercial project, but Shakira refused after an objection from her parents.

From that moment, the relationship between the two deteriorated and the differences began to recur and accumulate until we officially announced their separation in early this month of June 2022.

Roberto Garcia confirmed that Shakira was trying hard to maintain the relationship and keep the differences out of the public eye, and that despite the deterioration of the relationship between them, she was still eager to smile alongside her two children.

However, the passage of time exacerbated the dispute, until Shakira began to feel that Pique was only dealing with her on the basis that she was the mother of his two children and nothing more, so they made the decision to separate.

Marca claimed that the singer had hired several detectives to spy on Pique's nightlife, but the spies had betrayed Shakira.

The popular Spanish TV show El Gordo y la Flaca revealed that the same agency leaked information about Pique's alleged betrayal to the media. And that this situation has accelerated the couple's plans to separate.

Marca reported that Pique had cheated on Shakira with a 20-year-old blonde student who works in events and activities, but her identity has not been revealed until now.

Then a rumor spread on social networks that Jaffe's mother, the 17-year-old Barcelona star, was the woman with whom Pique had betrayed his girlfriend, Shakira.

Other reports added that Shakira "suffered health problems as a result of the separation, after being seen in an ambulance." But she later explained on her Twitter page, commenting on a photo of her father holding a bandage to his forehead, saying, "Guys, I'm getting a lot of messages worrying about being seen in an ambulance in Barcelona recently." She continued, "I just wanted to let you know that these photos are from last weekend, when my dad unfortunately had a bad fall and I accompanied him in an ambulance to the hospital where he is now recovering." "Please send all your best wishes and thank you all, as always, for all your love and support," Shakira added.

deterioration of the relationship.

Then came press articles, reported by News Glory, to deny that the betrayal of the captain of the Spanish national team, Pique and the captain of the Barcelona team, was the reason for his separation from his partner Shakira, stressing that the real reason was the deterioration of the relationship of the duo in recent years.
This comes after the duo issued a joint statement confirming their decision to separate, saying, "We regret to confirm that we are separated. For the sake of our children, who are our top priority, we ask that you respect their privacy. We thank you for your understanding."
According to lavanguardia, sources close to the player confirmed that he left his home and moved to live alone more than 3 months ago, and that the reason for the move was not the appearance of another person in his life, or Shakir's realization that he was cheating on her, but rather because their relationship deteriorated over the years and there was no compatibility between the couple, as Shakira intended to leave Spain and rebuild a new life in Miami.

The beginning of the relationship between Shakira and Pique.

The two stars met during the 2010 World Cup in South Africa, when Shakira was filming the official song of the tournament, Waka Waka, and they have two sons; Milan (9) and Sasha (7).
Next Post Previous Post
No Comment
Add Comment
comment url
news