Men's secrets... 10 things about men that most women don't know 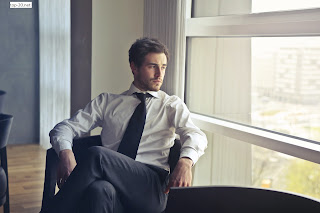 Men's secrets . What do you know about men? They will always help the girl in any adversity, they love soccer and sports in general, most of them are wonderfully beautiful with their beards, at least that's what most girls know about us.

So, "The Encyclopedia" would like to share some secrets that men tell each other... so buckle up and take a fun trip into our world.

1. A man looks at almost every woman who passes by:

A man will always look at the woman and assess the beautiful lady passing by.

And this is a habit for most men that it is hard for him to change, but all this does not mean that he does not like you, it is just an instinct haha.

2. A man may neglect a woman for a while:

In fact, this happens from time to time.A man in general likes to be assured of constant reassurance that a woman still loves him.

The man may deliberately neglect the woman in order to test her reaction and make sure that she loves him and that the relationship between them has not grown cold.

In fact, when a man does this, it indicates his love for his partner and that he wants to stay with her and that he needs to make sure that the love is reciprocated.

Men often think broadly and generally, so don't try to get a man's attention on a small detail because he simply won't understand.

In fact, most women should follow the example of men in this area, because most women are always concerned about the simplest and unimportant things, and this simply takes away their happiness.

4. Desperation for a man is not always good:

Desperation for a man always has negative results, because some men see it as an opportunity to benefit from women in every way (some men, but not all men).

Therefore, it is better to keep a distance between you and him and not to be within his reach when he wants it.

5. Men need time to do nothing.

This may sound unexpected, but they don't always want to commit to something, make serious decisions and be responsible for the consequences from time to time.

Where men just want to take time for themselves to enjoy moments of peace and quiet.

They just like to spend time on nothing and this often happens spontaneously.

Men need emotional support as much as women do because it's important to anyone, anywhere.

In fact, they really appreciate that support, especially emotional and psychological support.

Men are unwitting victims of the heroic male image painted for them by modern society.

This image forces them to keep a stern face in all circumstances, which is difficult because they fear the unknown as much as anyone else.

They also question their decisions and fear that they are ultimately humans and not superheroes.

8. Futile and frivolous thoughts, a great comfort to a man's mind:

Can you imagine that men don't spend every minute of their lives thinking about how to pay off their mortgage, provide for their family, or save the world?

Where a man thinks about meaningless and trivial things brings some comfort to the mind.

9. The best speech is what is said and done Haha:

A man greatly respects a woman when you speak to him in a very brief and clear manner, because all he wants when he hears you is the summary of the subject in all its aspects and what he is asked to find

Because this is simply the language that men speak, believe me, we do not care about unrelated details.

Let the man have some power, it really makes you feel powerful.

And you must be sure that the more powerful a man feels, the more he wants to protect you and give you the whole world.

Whether he is opening doors for you, talking to the waiter at the restaurant, being the speaker at gatherings of friends, all of these are symbolic manifestations of power.

Finally, all these manifestations will not diminish you or harm your relationship with the man, and we emphasize that the relationship between a man and a woman is complex, but when a man loves a woman, he is willing to sacrifice his life for her.